A Radionics Tale That Ended Deliciously

by By Joan Nathanson for Bob Kerr

This story is one that was shared with the Hamilton and Area Healing Network (HAHN for short), the first official Associate Member of the Canadian Society of Dowsers, by Bob Kerr, a farmer from Southwestern Ontario who drove many miles to attend our meetings in order to learn more about dowsing.  He had purchased a radionics machine prior to hearing about us, and was eager to learn to use it and dowsing in his farming practice and in his personal life as well.  As we often have with our members, we invited him to tell us more about his experience with the energy modality of radionics at one of our meetings: this one happened to be in July. 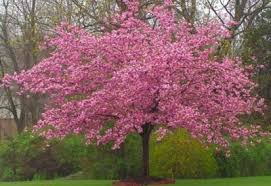 Near his farmhouse, he had a beautiful mature sweet cherry tree.  Each year, the family would enjoy the blossoms, and then watch as eventually the fruit ripened.  As the time grew close for harvesting the plump, tasty cherries, they would monitor it closely.  “Just one more day, then we should be able to pick them,” they would agree.  But inevitably they would awaken, only to discover that, once again, starlings had beaten them to the cherry crop! If only there were something they could do to keep those pesky starlings away!

After Bob purchased his radionics machine, he decided he should see if it could prevent the starling hordes from stealing his sweet cherries.  How could he do this?  He realized that these birds were not at all happy to have red-tailed hawks in their vicinity.  How could he discover the frequency of red-tailed hawks to broadcast to his cherry tree?  Using his ingenuity, he contacted the Royal Ontario Museum in Toronto, Ontario, inquiring if they might have a feather from a red-tailed hawk which they could spare for his experiment.  They did, and he was able to measure the frequency on his radionics machine. 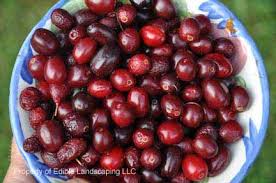 Once again, the cherry tree blossomed, the fruit set and began to ripen.  But this time, Bob was ready.  He set his machine up near the tree the day before the peak of ripeness seemed to be due, and began to broadcast the vibrational alarm of a red-tailed hawk natural predator.  Bob grinned broadly at our group before delivering – not the punchline – but a bowl of beautiful, ripe, freshly-picked sweet cherries: radionics had helped him outsmart those starlings with the energy vibration of a red-tailed hawk feather, and we had the opportunity to taste, as well as hear the results!

Reported by Joan Nathanson, a HAHN member since its founding in 1998.  Our group meets on the last Monday of the month, except in December and sometimes in the summer months if many members expect to be away on holiday.  We are proud of having had a number of our members serve on the CSD Board over the past 16 years, and have welcomed other CSD Board members as guest speakers.  We have also sponsored several of our members to attend CSD Conventions and have made a number of special donations to support the work of CSD.