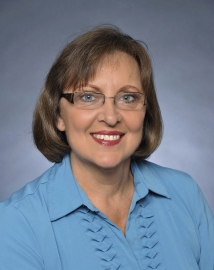 I learned dowsing in Virginia from Bill Northern in the 1990’s. I have a private counseling business in Brantford using EFT Emotional Freedom Technique and Hypnosis. I also use Young Living Essential Oils and dowsing in my work. I am also a Certified 1 Practitioner of EFT; a Practitioner and Licenced Trainer of the Sheila Granger Virtual Gastric Band with Hypnosis; Certified Teacher of 7PATH self Hypnosis and I teach Basic Dowsing.

I was on the CSD board for five years as Membership Secretary, Convention Registrar, Local Group Development and Website Update. During that time, I began London, Brantford and Simcoe/Delhi dowsers and have nutured the Guelph dowsers along with Geza Szucs.

I’m a member of the Bradenton, Florida Dowsers and attend their meetings when in Florida over the winter.  After leaving the board in June 2010, I began the Travelling Dowsing Roadshow and held an evening of dowsing in Moncton, NB followed by a weekend conference in Truro, Nova Scotia in September 2010.