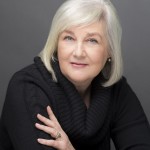 Susan was President of the Canadian Society of Dowsers from 2003 to 2006, and held a variety of positions on the CSD Board of Directors from 2001 on including: Vice President; Convention Convener; Director of Marketing; Webmaster and Newsletter Editor.She teaches dowsing frequently and has presented at a variety of national dowsing conventions including: the American Society of Dowsers West Coast Convention in California (2006); the Canadian Society of Questers Annual Convention in British Columbia (2005) and the ASD Annual Convention in Vermont (2005). She planted a tree representing Canadian Motherhood at the CanAm 1 (ASD/CSQ Conference) in British Columbia in 2004. She has also spoken at the local club level, and offers a full range of private dowsing workshops, lectures and consulting services.

Her writing has appeared many times on the CSD website and in the CSD quarterly journal, and in: the ASD Quarterly Digest, The American Dowser, Fall, 2004; British Society of Dowsers, Earth Energy Matters Newsletter, Dec. 2003, and in Human Spirit Magazine, Summer 2005.

She has demonstrated dowsing on live television for: Rogers Television: Insights and for Barrie’s VRNews Television, and was featured as the front page cover story of the Newmarket Era-Banner Newspaper.

Before becoming a dowser Susan worked in applications development of emerging technologies, notably in developing prototype internet systems (from 1979 until 1985) and introducing fax machine technology into western Canada (from 1985 -1988).

Her university training was in Fine Art and she showed her prints and paintings in various Canadian galleries. Later she worked as a commercial graphic designer and as Associate Art Director for Maclean’s Magazine, Canada’s national newsmagazine. She also has worked as a technical writer and has produced computer and training manuals for a variety of corporate clients.

She is the author of: “Bridge Matter and Spirit With Dowsing: a practical guide to using dowsing to bring balance to your life.”